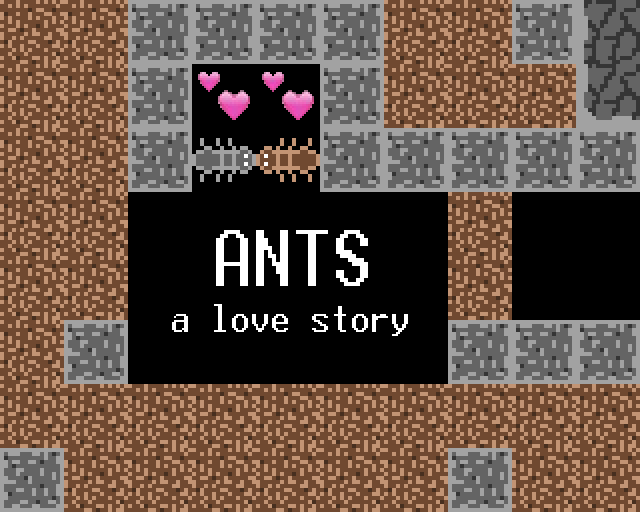 I made a new game for the Ludum Dare 30 three day jam, and this time I actually finished it on time! It's a really cute, small-scale block pushing game with a deliberately tiny verb-set and pleasantly lax difficulty. It shouldn't take too long to play through (maybe five or ten minutes), although there is a "high score" of sorts that can be improved with more efficient play.

Give it a look over on its Ludum Dare page, and I hope you like it!

Posted by John Thyer at 8:09 PM No comments: 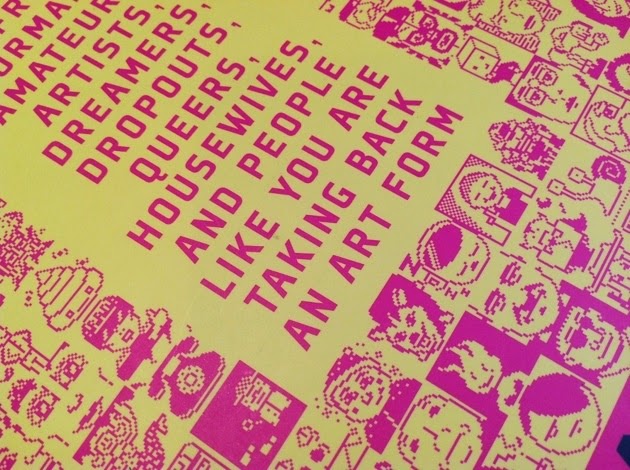 There's a huge upswell of positivity on Twitter right now in #welovegamedevs, so I'm gonna take some time to name some of the developers (and a few of the critics) whose work and presence I'm especially thankful for.

Before we start, note that this list is not exhaustive! There are many, many more amazing people fighting back against all of the horrible toxic evil bullshit in this culture and creating beautiful experiences. The best thing we can do is express these sorts of sentiments all the time. So maybe next time you find a cool game on itch.io or GameJolt and really enjoy it, take some time to send a nice note to the person who made it. It really does make a difference!

So! Thanks to anna anthropy, for changing the way I appreciate video games with Rise of the Videogame Zinesters, ZZT, and A Game Design Vocabulary. (The last one was co-written by Naomi Clark, so thanks to her too.) Your games have made me smile, better understand my kinks, and be a better human being. Thanks for pointing me at a ton of amazing games with your criticism, and thanks for maintaining Annarchive and preserving this medium’s history.


Thanks to merritt kopas, for literally every single game you've ever made, because I love all of them. Thanks for Forest Ambassador, my favorite games curation page on the web. Seeing me and my fiancée’s game there was a tremendous honor.

Thanks to Jesse Venbrux, for helping me realize that individual human beings could make video games. He was the first auteur I paid attention too, and after playing Karoshi 2.0 when I was 14 I went out of my way to find everything he’d ever released. It made me more sensitive to the way people can use games to express their own unique voice. I have a feeling a lot of people figured this out with Seiklus, so thanks to Clysm too.

Thanks to Stephen Lavelle for crafting literally hundreds of perplexing, profound experiences.

Thanks to Mark Overmars for developing Game Maker, the software I’ve used to make games since I was twelve years old. It really is a great program, and I’m content to use it it for the foreseeable future.

Thanks to Aevee Bee for your amazing criticism. ZEAL is so damned incredible and important, and I’m honored to have been a part of it. Thanks to Arden for making Kindness Coins, and thanks in advance for Date or Die. And thanks to both of you for being so cool and fun to talk to on our panel for IndiE3. I feel like we could’ve chatted for ten times as long and not run out of interesting things to talk about.

Thanks to Christine Love for one of the best Twitter feeds out there. It’s actually appalling that I haven’t played any of your games yet, and I intend to rectify that before too long.

Thanks to Nina Freeman for making cute, human works of art. How do you do It and Ladylike are especially wonderful, and I can’t wait to see what else you make in the future.

Thanks to Loren Schmidt for making one of my favorite platformers ever, Star Guard. Thanks for all of your other work too!

Thanks to Eva Problems for making Sabbat, which is literally a masterpiece and all of you should buy it right now. Her Symphony of the Night fan story for ZEAL is transcendent.

Thanks to Nicklas Nygren for the dozens and dozens of wonderful Knytt Stories I’ve played over the years. He made a tool that gave people a voice, and that’s the most valuable thing in the world.

Thanks to Andi McClure for making so many weird and beautiful experiences.

Thanks to Michael Brough for being the best game designer in the world.

Thanks to Leon Arnott for your work on Twine, because Twine is so damned important and everyone involved in its upkeep is giving so much to the medium. (Also thanks for making Tiny Sorceress, one of the funniest games I've ever played.)

Thanks to Paul Hack for letting me know what it feels like to have my game covered by the press. I literally ran around in circles in my front yard shouting in celebration when I saw Quarantine on the front page of IndieGames.com, so rest assured it was very meaningful to me.

Thanks to TheCatamites for making ten million billion cool, weird games. I still remember how humbled and honored I felt seeing Quarantine on a list of recommended freeware games alongside Lake of Roaches.

Thanks to EJRTairne for all of the fantastic chats on Twitter, for writing some truly wonderful criticism over the years, for making Builder, and for pointing me at some really great games!

Thanks to Rhete, Polly, and Frezno for being my friends.

Thanks to my fiancée Anna Aulino, love of my life and game designer extraordinaire.

Thanks to all of the game developers, and all of the players and critics who support them. Thanks to everyone working to make this medium worthwhile, even when every facet of this toxic industry is designed to reject them.

Thanks to all of the people carving out a space in this wasteland and making it their own.

And, obviously, thanks to Zoe Quinn.

Posted by John Thyer at 4:31 PM No comments: 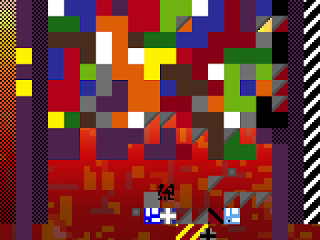 Here's an update on some of the stuff I've been up to as of late!


Third! I participated in the Effective Drama in Video Games Panel for IndiE3 with Aevee Bee and Arden. It went exceedingly well, and I'm very happy to have gotten the chance to talk about video games with some really smart people! Later on I got the chance to write up a summary of the panel for the IGDA newsletter, which you can read here.

And lastly, I took part in a Let's Play competition for the Sliders 'n Socks web forum. I wound up recording four Let's Plays that I'm really proud of:

As for the competition, I got second-to-last place, and I'm not at all bitter about it thanks for asking.
Posted by John Thyer at 9:18 PM No comments: