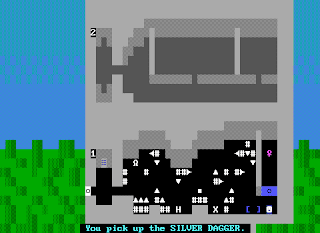 I made a bunch of little updates to my games over the past few months!

Both Kikai and Expanse suffered from a game maker bug that made them run at 60-80% speed on a lot of machines. Both should be fixed now! If you tried these games out before and they didn't feel quite right to you, maybe give them another shot. I still think they're very fast smooth fun action games. I'm PRETTY BITTER about this bug compromising a lot of player experiences, but at least it's fixed now.

Atop the Witch's Tower now runs in-browser on the itch page via the Zeta emulator. This feels a lot smoother to me than running it through DOSBox on the archive dot org page. Thanks a ton to Asie and Dr. Dos for the help getting this set up -- I'm very pleased to make this cute fun story more approachable to new players.

I tweaked how movement works in Spider's Hollow, a fix I've been putting off for about five years. Basically the game state won't increment when you try to walk into a wall anymore. It feels a lot smoother and better to me now. I have a lot of affection for this game 'cause I learned a lot about my creative voice making it, and it definitely informed ATWT's development a lot. 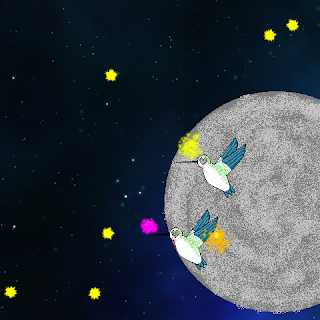 I hid Hummingbird Lovers Psychic Supernova and My Wish for You from my itch page. This is something I'm very wary about doing -- please note that I'm never removing the game links from here or the timeline page. I don't ever intend to destroy past work I've fallen out of love with. But I just kept feeling a twinge of annoyance seeing them on the page. I didn't like the idea of new players stumbling onto them and assuming they represented the rest of my work. My Wish For You is a cute silly in-joke and I'll still link it occasionally. Hummingbird Lovers I have a more complicated relationship with.

I co-developed Hummingbird Lovers with my ex-wife. I was in a creative dry-spell at the time, and she encouraged me to release it even though I wasn't fully happy with it. It's the only time I've released a game before I was satisfied with its vision, and it's not something I intend to do again. I have nothing but respect for devs who put out lots of unfinished-feeling "sketches" like this game. Doodling that way can be a kind of joyful and enriching formal experimentation. But as of now that's just not how my brain operates; I can't be satisfied doing that. I'm here to tell stories.

That it shares a song with one of her extremely on-the-nose favorite movies from near our split is just icing on the cake. I don't like the game, I don't like thinking about it, bye.

Posted by John Thyer at 7:09 AM No comments: