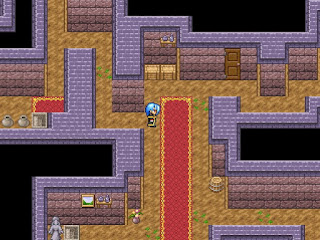 New game! It's my first RPG and it's called Facets. You can download it for free right here. It's pretty hard, and will likely take around two to three hours to complete.

I made it in RPGMaker 2003 over the last ten months or so. I've been fiddling with various versions of the program since I was a kid, and 2003 was the first one I ever got my hands on. I've played dozens of games made in the engine since then. I'm happy I finally made my own thing with it.

Facets doesn't have any original assets -- all the art and music is stuff that comes with the engine. It's also edgy and sad and super-personal. It's the most "RPGMaker" game I could possibly have made, and I wouldn't have it any other way.

Notes on Trails in the Sky FC's Pacing 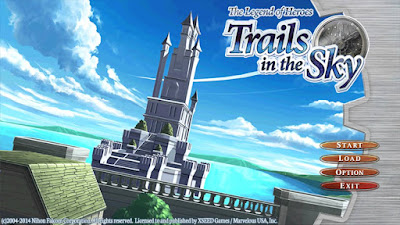 I finished the first Trails in the Sky game yesterday. It's a 2004 PSP RPG by Falcom (that's also available on Steam). I played it on-and-off for a little under six months, then blazed through the back-half of the game in about four days. I loved it a whole lot.

Most of the game is perfect in a pretty straightforward way. The pacing is the only part that was challenging about it for me. It's very slow, especially at the start, for reasons that aren't immediately apparent. My friends warned me about the pacing, which helped get me into the right head-space before starting.

I listed some of my not-directly-spoilery off-the-cuff thoughts on the pacing immediately coming off the game. Hopefully they'll help you the way my friends helped me!

1) The main plot is in the background for most of the game. Don't play it expecting a Final Fantasy-style roller coaster.

2) It's divided into a handful of chapters, each of which has a strong driving conflict that mostly resolves at the chapter's conclusion.

3) The prologue is an exception and lacks a driving conflict. It's the least engaging part of the game. I kept playing because I found the characters and aesthetic charming.

4) If you also find the writing and style charming, I think it's worth playing the game up through the chapter two finale to see if it grabs you. That's when I got invested in seeing the rest of the story through.

5) The finale is very good. I don't think it'd be rewarding for folks that disliked the rest of the game up to that point though. If you're not having a good time by the end of the second chapter, it might not be a game for you.

6) The story is constructed intentionally. While it's slow-paced, there's zero wheel-spinning. The game ultimately rewards your trust and investment.

7) The story ends with a gut-punch cliff-hanger and a literal trailer for the sequel. However, the cliff-hanger happens after all the main plot threads resolve. While it prevents FC from functioning as a stand-alone story, it doesn't feel cheap.

8) I really want to play the sequel. 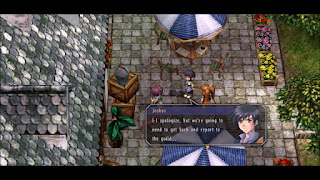 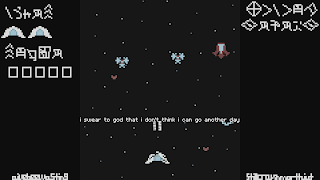 In Things That Aren’t Real, I violently lash out at the people around me. It hurts me as much as it hurts them, which makes it all feel noble somehow. I lash out again and again. After a while it stops feeling good. Then I’m alone, surrounded by strangers.

It’s a music video videogame, like Comforting Sounds, Hugpunx, or Pale Machine (all stories I adore). It's divided into three main sections, each mapped to one song by the band Turnover. Each scene works as its own complete story. Put together in a row, they inform each other in resonant ways.

In the first section, you play as a small starship moving through space and blasting waves of enemies. Your two weapons are a peashooter and a powerful laser blast. You fire the smaller weapon by holding the space bar. The laser fires on its own, timed to match the song's melancholy chorus. The peashooter kills enemies with some difficulty. The laser annihilates them effortlessly.

The laser fires twice. It’s stronger the second time. When it fires, your ship visibly fractures and weakens behind its power. When it finishes, an extra life icon vanishes from the heads-up-display. (Getting hit by enemies does not take away a life.) As the song ends, your ship is forced to land on a nearby planet, too weak to keep fighting. The game continues from there.

I was off-put by that last part when I first played the game. To me, this was a perfect poem, as rich and lovely as Comforting Sounds or Hugpunx. I would’ve had a powerful and uncomplicated reaction to the game if it had ended after the first song.

Instead it continues. There’s a short transitional sequence where you walk your new avatar away from the starship. As you move from screen to screen, the avatar gets bigger and the scenery more detailed; we’re zooming in and getting closer to the avatar. The game explicitly bridges its first and second scenes.

The second section takes place on a single static screen. The scenery resembles a boardwalk near a beach. If you wait for a while, some beach-goers walk onto the screen and mill about around you. Your character pulls out a knife. By pressing the space bar, you can stab the beach-goers. They fall to the ground. Blood pools around their bodies.

The scene fades to black as the song ends, leaving only the bodies and blood. You can also cut the scene short at any time by walking off the right side of the screen.

The game obviously intends to draw a thread between the first and second scenes. We know because of the transitional zoom-in, because both sequences are violent, and because the gun and the knife share the space bar.

The second scene’s violence is uncomfortably intimate. It’s uncathartic and numbing. It’s also “pointless,” because you can leave at any time. The “enemies” pose no threat to your character.

The third song begins almost immediately after leaving the boardwalk. There’s no violence and no wave of enemies to fight off. Instead you explore some abstract scenery. There are a handful of other people around. You can to talk to them, but their language is incomprehensible.

It’s a lonely sequence. There’s no scripted pacing to it like in the first two sections, although the scenery warps and shifts as it progresses. You just wander around for a while. The song ends, and the credits appear. Pressing the space bar cuts to the desktop.

It’s less engaging than the second section, which itself was less engaging than the first. The pacing confused me when I first played it months ago; it’s easy to imagine more structurally familiar permutations of the story. You could cut out the second and third sections and turn the first into a self-contained tragedy. Or you could remove the damage from your laser and make the first section a straightforward power fantasy. That way the implicit parallel of the second scene would carry a more immediate bite.

The game confused me because the second and third parts interrogate the first, and I didn’t understand what about it was worth interrogating. The shmup section is a story of sacrifice and loss, of failing to defend yourself against a swarm of foes. It’s about being alone in a world that’s against you.

What’s wrong with that? What’s so bad about feeling alone?

I didn’t stew on Things That Aren’t Real for seven months because I wanted to “understand its creative choices." I kept stewing because, without me being conscious of it, the game highlighted a part of myself I don’t like very much.

Depression is situational for me, thankfully. It doesn’t show up unless I’m in the middle of some big life change or trauma. But when it does appear, these same feelings manifest. I feel alone in the world, like folks are faking it when they say they care about me. I feel like no one has ever suffered like I’m suffering, that I have to nobly soldier on anyway.

Martyrdom is a seductive narrative. The first section of Things That Aren’t Real is very good at indulging my subconscious martyr. I viscerally want it to end there because that’s the part of the game that makes me feel good (and understood). The second and third sections make me feel bad because they don’t let me wallow in those feelings. Instead they interrogate and dismantle them.

It’s a quietly harsh lesson. I can pretend my pain justifies lashing out at people around me. I can do it over and over. Then I’ll finally be left alone, in a cramped and empty world surrounded by strangers I can never reach out to. 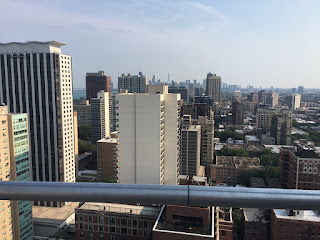