The Limitations of Prescriptive Design Models 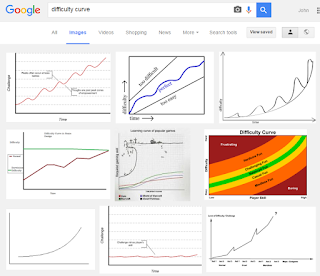 Let me know if you’ve heard this one before. *ahem*

A videogame contains rules governing how objects in the game and the player interact. A game should introduce new rules to the player gradually, using context to teach the player how they work. It should mix those rules together in interesting ways, and as the game progresses it should escalate the complexity of those mixtures. Eventually the game should reach a satisfying climax that uses all the player’s newfound skills in harmonious concert.

This is a useful model for understanding and making videogames. It’s also obviously wrong, if you think about it for like two seconds. Let’s start with what’s valuable about it though.

What this model represents is a clear-cut way to communicate effectively in a videogame. To use the obvious example, there’s very little information in Super Mario Bros. that isn’t expertly conveyed. It introduces its rules early on using a clear visual language and careful level design. Even the game’s more eccentric touches (the water levels, the boss fights, the castle mazes), are established as key characters during the first half of the game. When all the story’s players return in the game’s devious final worlds, it’s easy to understand the challenges presented.

It's Game Design 101. And if you understand it, if you make a game as laser-focused and restrained and elegant as Super Mario Bros., then you’ve probably created something neat and interesting! Even if you don't fit exactly into that curve, it's still a strong backbone to build a game on.

So. As useful as it is, I’ve never made a game that wholly follows this model. Why?

Let’s look at one of my games as an example – let’s say Frog Adventure (which you can play in five minutes for free over here) ‘cause it’s also a linear 2D platformer. If you put most of Frog Adventure's levels in a line, yeah, they teach you how to use the tongue, how to beat the level, and how the bubbles and the sand work differently from static blocks. The first world ends with a boss fight that feels tonally distinct from the preceding levels, but still uses the same set of verbs and incorporates the three kinds of blocks. Beyond that, everything in Worlds 2, 3, and 4 builds off of characters established in World 1. It’s classic formal stuff.

Here’s a twist though: the boss fights at the end of each world actually get easier as the game progresses. World 1’s boss is a puzzle that requires some thinking and decent timing. World 2’s puzzle is a little simpler, but still requires timing. World 3’s boss is trivial. The world 4 boss is just an empty room! The final level (world 5) adds in scrolling but doesn't have any bubbles or sand. Out of the three kinds of blocks in the preceding levels, the climax only concerns one. 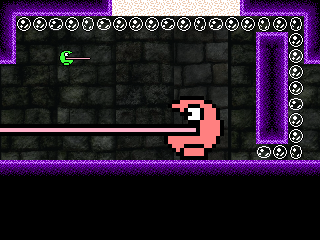 Why didn't I follow the ideal shape? Because I wanted the game to be funny! The boss fights were already a joke thanks to the absurd contrast between the main levels’ background music and the boss theme. Having them go from easy to trivial to nonexistent felt like a natural place to push the gag. Beyond that, I made the last level completely unlike the rest of the game up to that point 'cause I wanted it to feel super-melodramatic. I thought the absurdity of it would give the ending more comic punch.

So again, why would anyone deviate from the prescribed formal model? For a quadrillion reasons. Frog Adventure differs for comedy. Fugitive does it to make a point. And Dance Party doesn't fit the model at all!

And those are just my games. Think about how the Mother games subvert expectations for their haunting climaxes. How Contra: Hard Corps enthralls even though it's mostly made up of wildly different bosses that barely inform each other. How Chrono Trigger gives you one chance to save Lucca's mom with an obtuse and time-limited minigame. How Problem Attic changes its rules for every scene to keep you feeling off-kilter for the whole story. How Undertale turns formal design paradigms inside out in dozens of ways and is infinitely richer for it. How We Know the Devil condenses the player’s entire input into just seven choices, and makes you feel their weight deep inside your heart. 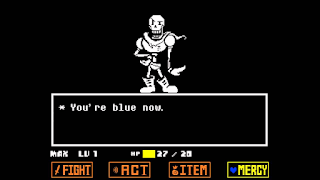 You can teach each rule to the player in a controlled setting before using them in more sophisticated scenarios. That’s a valid approach – just like you can choose to compose a poem that fits the rigid structure of a sonnet. These models are useful because prescribed structures often inspire ‘more’ creativity than making something wholly freeform.


But you wouldn’t yell at e.e. cummings for writing poems that don’t rhyme, or Faulkner for writing run-on sentences. As a designer, your toolset is similarly limitless. You can throw three new challenges at the player at once. You can make a climactic sequence pitifully easy. You can upend everything and totally change how the player’s commands work, then change them back in the next area. You can make games with complex rules and demand that players figure them out with little guidance. You can make games with simple rules introduced early on that never change or develop.

Why would you want to do any of this though? Why not just make perfect beautiful games like Super Mario Bros. from now until the end of time? 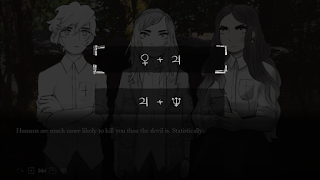 The same reason you make a game at all: expression. Sure, you can craft immortal stories within strict formal boundaries. But if you want to say something that requires stepping outside of those borders, you can. You don’t have to limit yourself.

Posted by John Thyer at 9:32 AM No comments: