Last Friday I released the v1.1 update of Facets and Facets’ new prequel novel, Wayward. As per usual, you can download them for free on my itch. I think they're both some of my best work, so if you've enjoyed my previous stuff please give them a look. 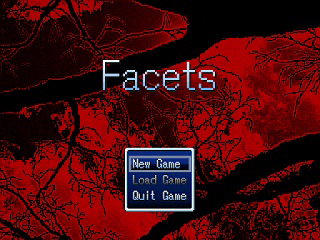 The v1.1 release of Facets contains several changes. There's now a "Prepared Mode" you can select at the start of the game. If you do, the divers will bring extra items into the dream (20 potions, 20 bombs, 10 mega-potions, and a dream catcher). You can also pick between Active and Wait mode in the menu. Wait Mode freezes the battle while you're selecting your characters' moves, and it makes the fights slower and easier to parse. There's a boss guide included with the download, along with maps of all the dungeons. I also changed the title screen (I never liked the old one), made the insta-kill dream catchers penetrate boss "barriers", and slightly lowered the HP on a few facets.

There are three core axes along which some players could not parse Facets on release. Many were put off because the fights were very fast; it's hard to parse what's happening on top of quickly selecting your moves. (As Sraëka-Lillian points out, RM2k3's battle engine sometimes makes attacks overlap in ways that add to the confusion.) Some had trouble navigating the dense mazes. And some were too intimidated by the resource management, by the idea that you could use too many items, get to the end of a two hour game, and be wholly unable to win. Whatever axis you couldn't enjoy engaging with the game on, my hope is that these tweaks allow you to customize your play experience to your liking.

I don't regret releasing Facets the way I did. But now I've released a continuation to the story I'm very proud of, and I'm ready to invite more players and friends into this world. 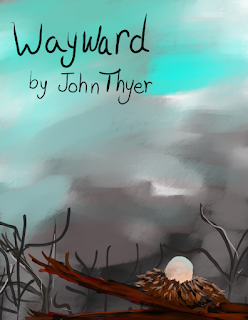 I started drafting Wayward around October of last year. The most essential parts of the story came together quickly and joyously. From there, I had a fun time filling in the necessary build-up and connective tissue, and fleshing out the big beats. I especially loved writing the cool fantasy action (I channeled a lot of Brandon Sanderson and Fate/stay night energy specifically) and the cute gay romance moments. I think it's a really nice story and a fun breezy read (totaling about 36k words), and I'm excited to see more friends respond to it.

I'd come up with several ideas for stories in Facets' world since the game's release, but this was the one that felt right. I think it's because Wayward's story is sweet, cathartic, uplifting -- all the other follow-ups I'd considered were even bleaker than Facets, somehow. I think I had to grow a bit as a person to write the successor Facets called for. Facets was about the feeling of being slowly killed inside your heart; Wayward is about what a way out of that feeling might look like. I needed some distance from my own drama to really understand what that way out could be. I think that makes it an interesting and worthy follow-up to my most personal game.

I've polished it up as best as I can (I've put as much work into Wayward as I have any of my previous game projects), but I know Wayward's prose still bears some of the aesthetic tells of amateur web fiction. I like that, because I think it's disarming, the same way the all default art look of Facets is disarming. I also think amateur web fiction is an extremely cool, valid, awesome format. I've loved freeware games for most of my life, because making art outside the constraints of traditional game publishing allows for more vibrant, personal, often extremely queer modes of expression. I know self-published web fiction works the same way, and I want to read and create more of it the way I have games. 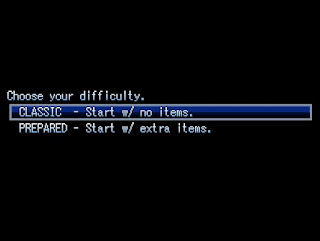 A lot of the above sounds very serious, but one thing I want to get across is that Facets and Wayward were both made to be fun. Facets is full of dense mazes and hard boss fights and tragedy because those things excite and captivate me in other stories. Wayward has lots of big character catharsis and tense spell-blasting fantasy action because I think those things are rad as hell.

My intent making these stories (or any of my work) was never to give my friends a homework assignment or unpack my baggage -- it was to make something moving and thrilling and delightful. I think I succeeded. I think both of these stories are rad on their own, and I think taken together they're a legit super-impressive creative achievement. I'll always look back fondly on the time I spent with these characters in their awful familiar world.

One down, two to go! 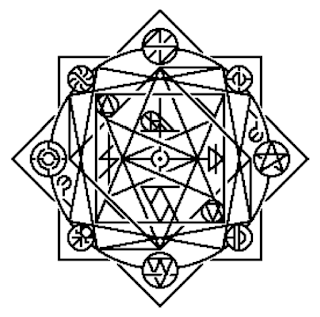 Posted by John Thyer at 2:49 PM No comments: